The Palmieri Boarding School (Convitto Palmieri), as it appears today, is the result of demolitions and reconstructions carried out in different time spans, as was frequently the case for religious and convent buildings, whose realisation was always linked to donations from the faithful, donations or other forms of support. The architectural complex represents an articulated but unified structure, conceived and realised over the centuries, and in particular during the 19th century, through multiple interventions and rethinks, and with different uses, culminating in the 19th century with the location of the highest level educational institution in the city of Lecce.

The church of San Francesco della Scarpa, constitutes the original site around which the buildings of the former convent were built and developed, which today constitute the Palmieri Boarding School complex. Unlike the city's other churches, characterised by their sumptuous Baroque façades, the church of San Francesco della Scarpa has no façade (it is also called the 'church without a façade'), due to 19th-century works that incorporated a large part of the church into the colonnade of the former Palmieri Boarding School.

The Convitto Palmieri houses the Bernardini Provincial Library, as a partial result of a general renovation project aimed at transforming the entire structure into a large cultural centre at the service of the city of Lecce. 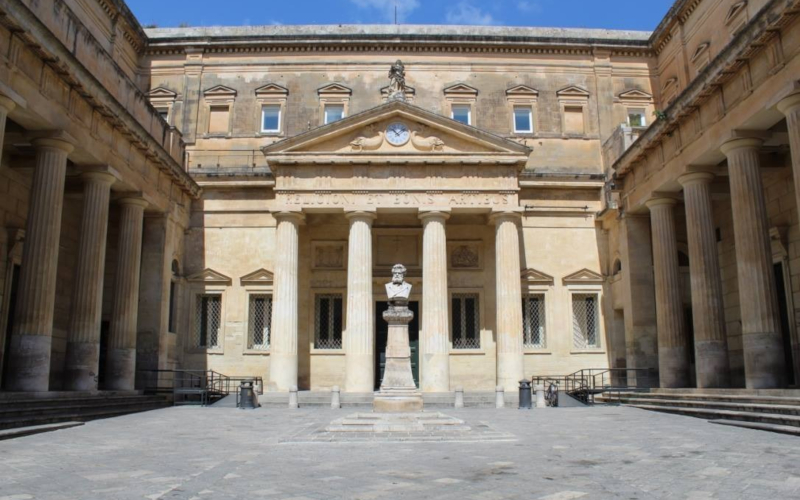 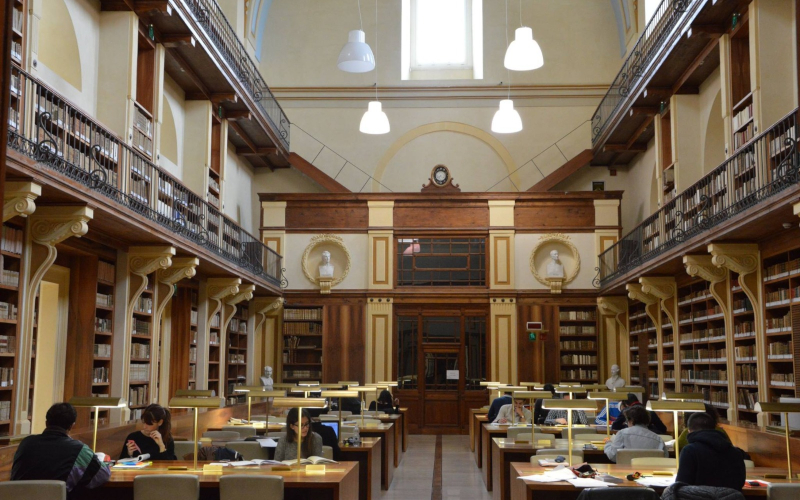 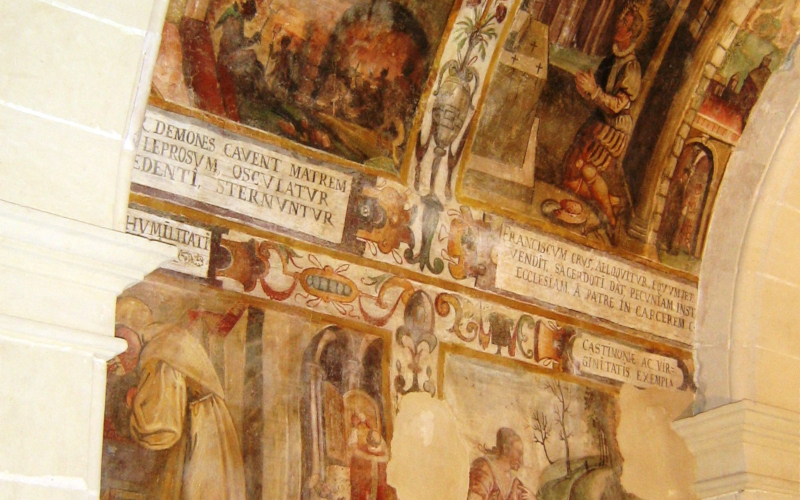